The battle cry of social media influencers is telling us something.

“For content: A statement used on the internet for something that’s usually unacceptable in normal society, but is excused because it is for the purpose of a YouTube video.”
Source: Urban Dictionary

Lately, I’ve been fascinated by the world of chess.

The embodiment of the game used to be the idea of two all-seeing titans, with stern foreheads frowned in deep thought, waging an intellectual war against each other over the board — in silence.

Back then, imagine being given the following PR brief:

“Turn chess into a playful and fast-paced venue for youthful expression. Make it less dull and highbrow. Make it digital-first. Also, please make learning about the game a dynamic and creative grassroots movement.”

Quite the PR challenge, indeed.

Still, we know how it happened. In December 2019, the Covid-19 pandemic hit and forced many of us into quarantine for many months. And then, in October 2020, the Netflix miniseries The Queen’s Gambit aired.

“Chess app downloads on the App Store and Google Play Store rose by 63% after the show [The Queen’s Gambit] debuted. Chess.com saw more than twice as many account registrations in November as it had in previous months, and the number of games played monthly on Lichess doubled as well. There was also a demographic shift in players, with female registration on Chess.com shifting from 22% of new players to 27% of new players.”
Source: Wikipedia

The online chess space of today is sparkling with activity and engagement. And it’s not just about chess — the players are becoming bonafide online superstars. And with online superstardom and lively communities come drama and mainstream publicity.

The other day I watched a YouTube video with the Botez sisters, Alexandra and Andrea. They were featured by another popular chess streamer, Anna Cramling, the daughter of grandmasters Pia Cramling and Juan Manuel Bellón López.

The three streamers had met up to enjoy a couple of fast games while soaking in the sun next to a swimming pool — and to create some live chess content.

Stakes were added to the games to make the content more engaging. The loser had to jump into the pool with their clothes on while the two others would relay some of the excited reactions from their live chat channels.

On this day, Cramling lost — and into the pool, she went.

Adding stakes to make the content more engaging is typical for the Botez sisters. A young chess player challenged Andrea Botez for her Snap (boomer clarification: that’s the equivalent of getting someone’s phone number). And I’ve seen the Botez sisters dare each other to run laps in public while flapping like a chicken.

When it’s time for the loser to jump in the pool, share their Snap, or run laps while flapping like a chicken, you often hear the modern battle cry of the social media influencer:

Going hyperbole for better content isn’t just an online chess phenomenon. Social media influencers of all varieties understand that they must go the extra mile to keep their audiences engaged. Some, like the notorious YouTuber MrBeast (Jimmy Donaldson), take the concept of “For content!” further than most, but still.

Gianelli argues that it’s difficult to cooperate with professionals who don’t race sailboats. When racing sailboats, kelp sometimes gets stuck to the hull. The kelp causes a slight drag. If you try to remove it using a stick, the stick will cause more drag than the kelp, so you must use a special technique to preserve every bit of momentum.

Gianelli’s point is that he jumps at even the slightest opportunity to maintain or increase momentum.

Is Gianelli being silly?
To him, every advantage matters.

As a reader of this blog, you’re probably a professional communicator. Am I telling you to spice up your next press release by jumping into a swimming pool … for content?

Well, I sort of am saying precisely that.

The media landscape of today’s attention economy is fierce. We would be wise to take the influencer battle cry “For content!” seriously.

When you strip corporate content of all of humanity’s beautiful quirkiness, whatever you’ll be left with is … cringe-worthy. And corporate cringe is far worse than adding some odd flavour to your PR messaging.

Okay, maybe you don’t have to jump into a swimming pool to boost your content strategy. But, for instance, have you ever considered adding stakes to your communication? No? Huh.

Take a close look at your next piece of content scheduled for publishing. Have you gone the extra mile? Are your content creation ideas worthy of attention? Are you sure that there is no kelp stuck to your hull?

Ask yourself: What more can your brand do — for content? 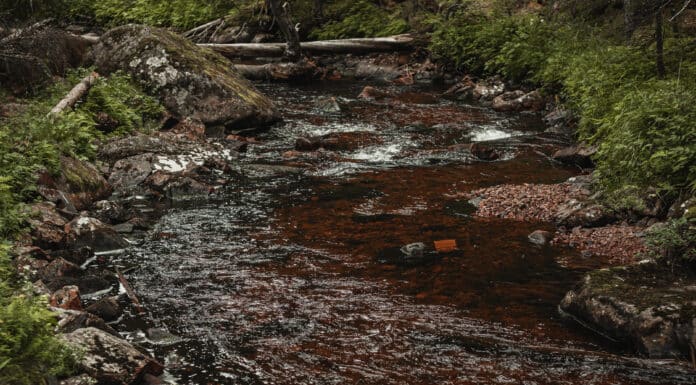 What You Need to Know About TikTok’s Algorithm

Social Media Comms Jerry Silfwer
Many people have misconceptions about how TikTok's algorithm works. They believe it's based solely on timing and engagement. Well, it's not.
Read more
Most popular

How Content Themes Works — And Why You Should Use Them

Critical Mass in Social Media — How Many Followers Do You Need?

Social Media Algorithms and How They Rule Our Lives

Iceberg Publishing — The Cool Way to Grow Traffic and Conversions

How To Build a Viral Loop (Using Mathematics)